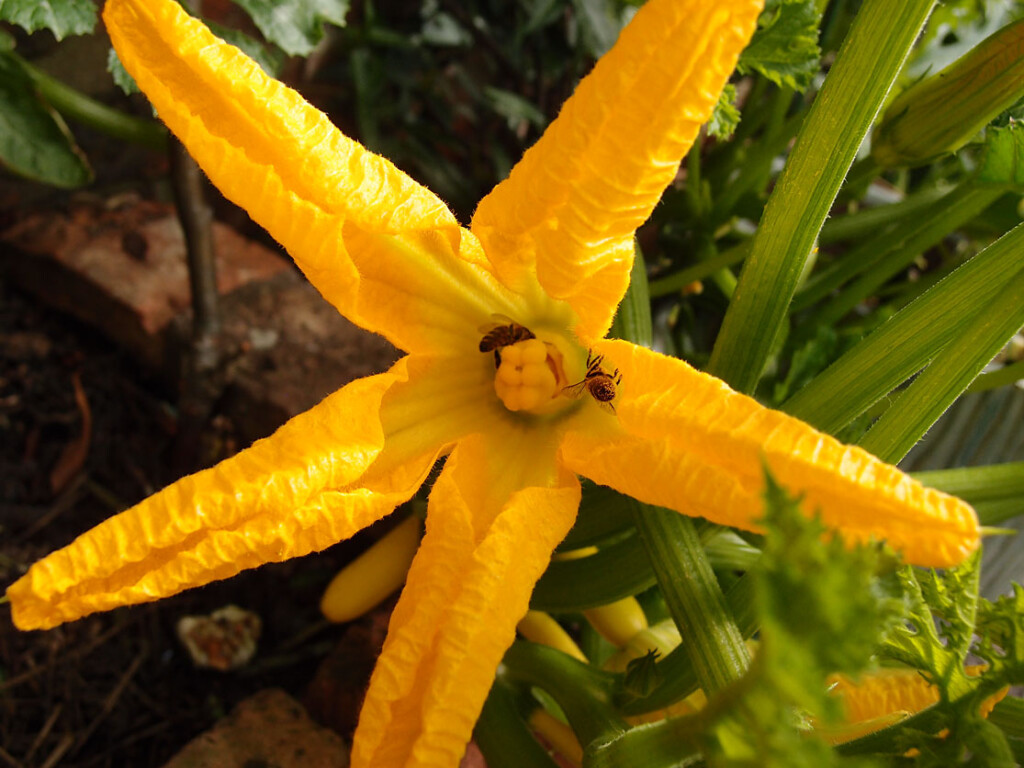 It’s January 2021, which means it’s a full 20 years since this website of mine went online. Or rather an early version of it did. Five years ago, on the 15th anniversary, I wrote about that a little, had a brief flurry of postings on these pages, then went quiet again.

But I can’t let this 20th anniversary of the website’s appearance pass by without a few words, and some photos.

In this garden there has been a change of emphasis in recent years, from ornamental to edible (preferably both). 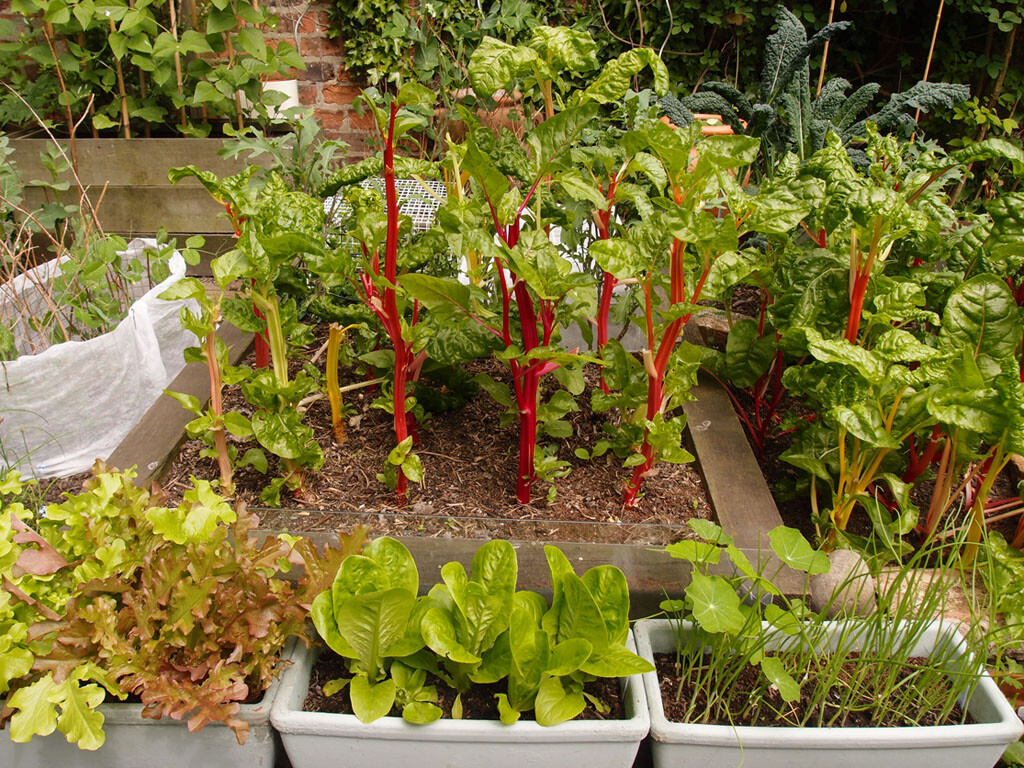 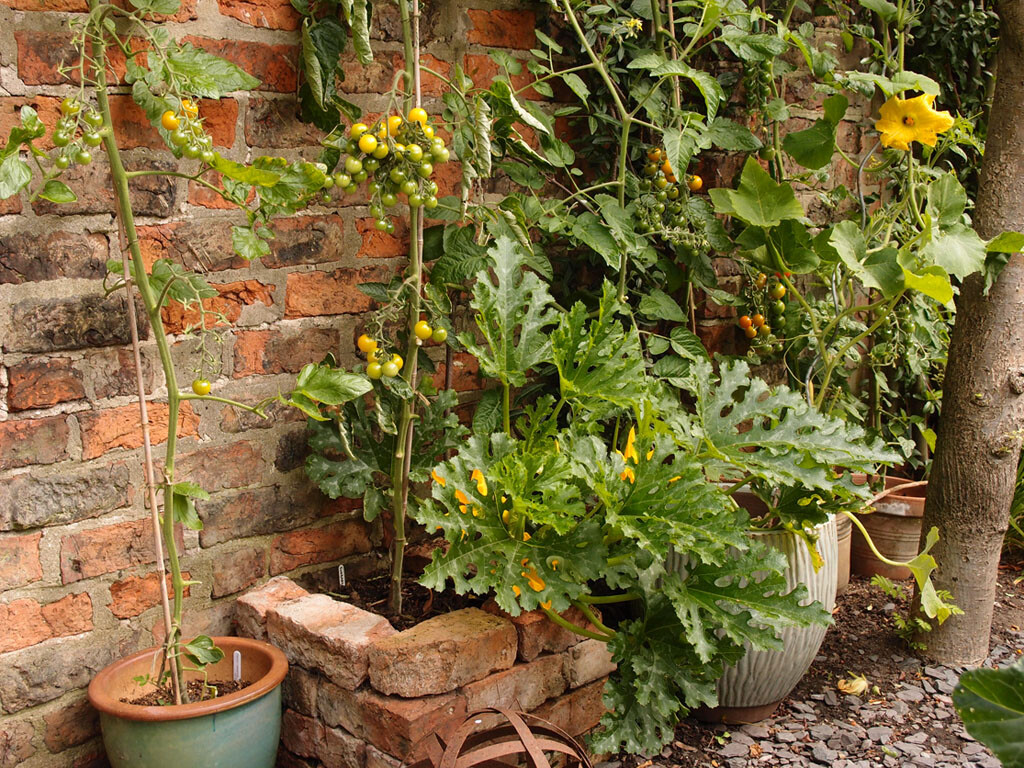 Tomatoes and other sun-lovers against the south-facing wall, August 2018 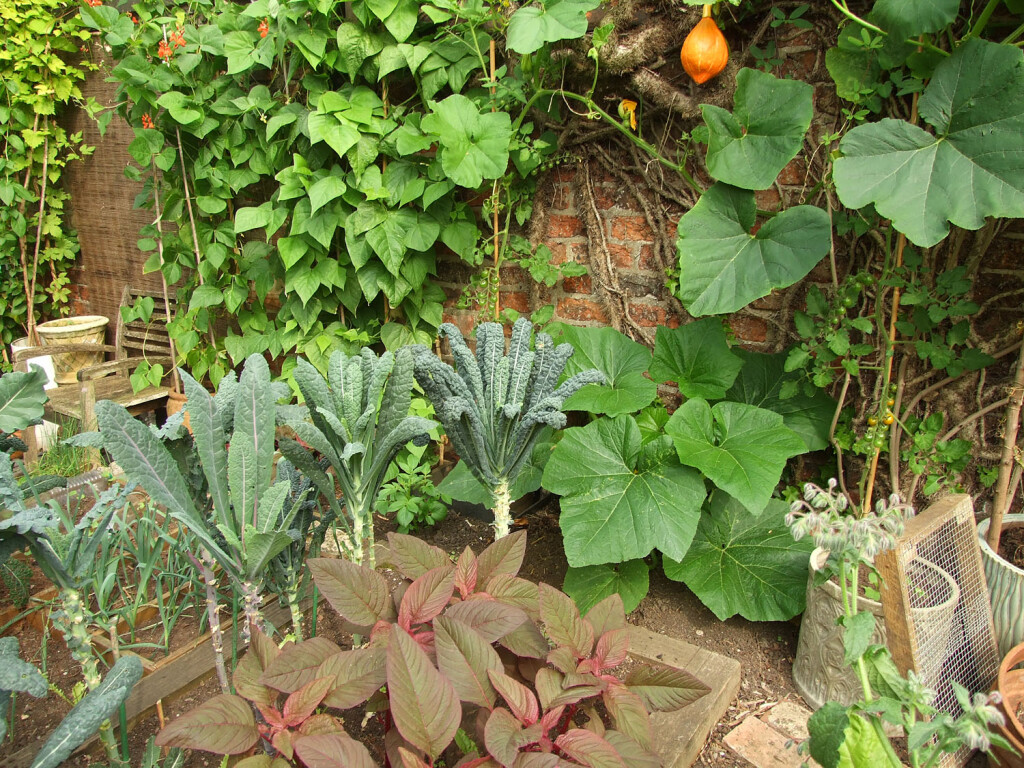 Today, at the end of January in 2021, I’ve just been looking through photos trying to find the right ones to include. Amazed as always – as the spring and summer photos remind me – by how much growth occurs as the light strengthens and the days warm up, and the lushness of it, later.

Now, this is a time when the garden is a muddy mess, with the overwintered edible plants looking like they’re struggling through. As we all are, and usually do, but more so perhaps in this particular time.

I’ve spent so long, in trying to make this page, immersed in photos of the garden, and trying to write, and thinking about what it was like in 2001 and what it’s like now. What I was like in 2001, and now. And realise that I need to limit the amount of time I spend staring at a screen. So just leaving this as it is, for anyone who finds it.