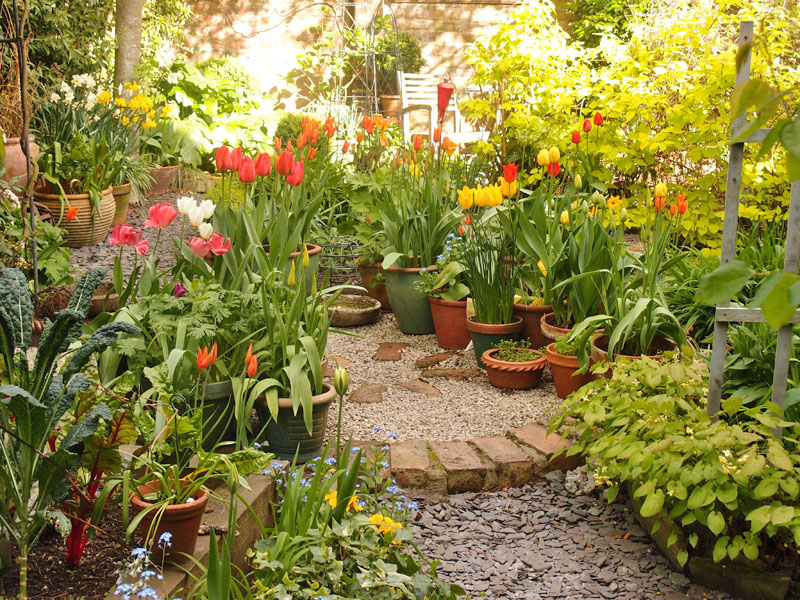 It has been a while, hasn’t it. Writing about the garden online isn’t feeling like something I want to do now, I think I’d rather write about it in a format that involves old-fashioned paper, and I’m working on that. But here’s a few photos and notes from the garden in April, as April is such a wonderful month, such beautiful light, and startlingly colourful every year.

From the kitchen window: 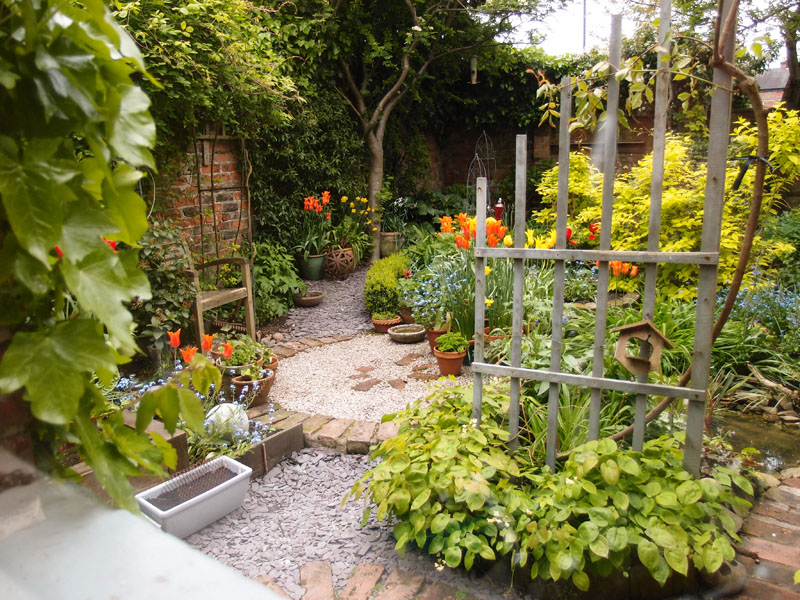 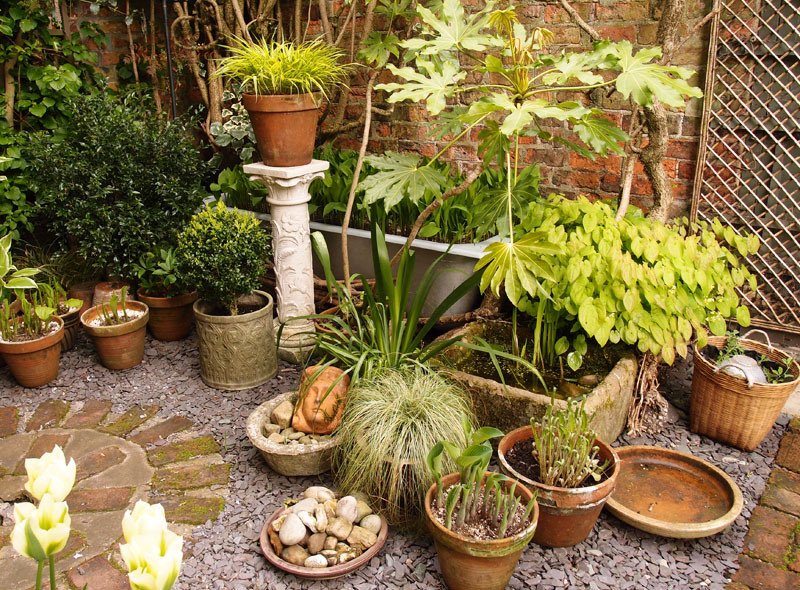 And alongside the orange, yellow and red tulips, these are new to the garden this spring, ‘Formosa’, apparently, although they don’t quite match the other ‘Formosa’ photos I’ve found online: 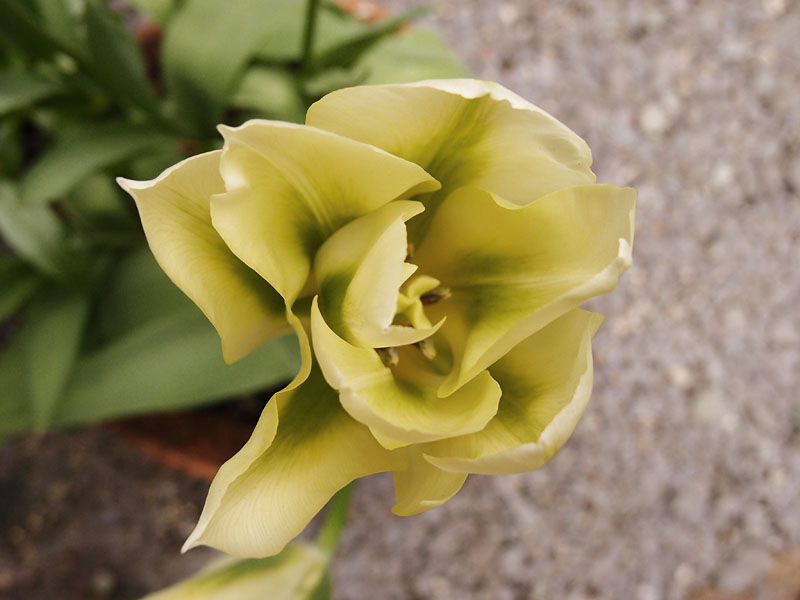 I’m not disappointed because I didn’t have expectations. Basically I went to the garden centre quite late in the autumn and they didn’t have much choice left. I wanted various tulips they didn’t have, I bought ten of three varieties I’d never heard of before, they’ve all been just as pleasing as my wish list ones would have been. Unfortunately I don’t seem to have decent photos of the other two (‘Ad Rem’ and ‘Hamilton’). 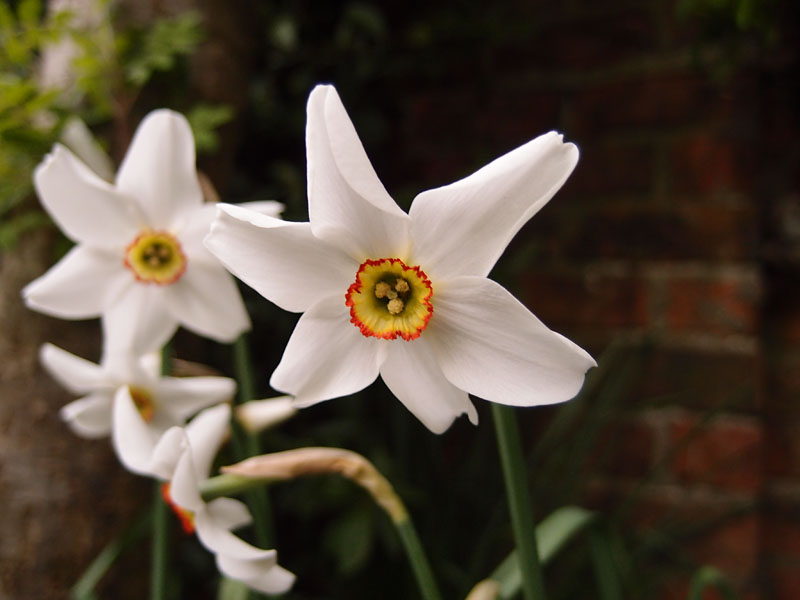 Such a beautiful narcissus, but doesn’t seem to like this garden and despite being bought as bulbs in the past hasn’t flowered after the first year. In the time of austerity I did without it. New bulbs bought last autumn, much appreciated.

But a favourite is this one, ‘Hawera’, in a pot by the back door, strongly scented: 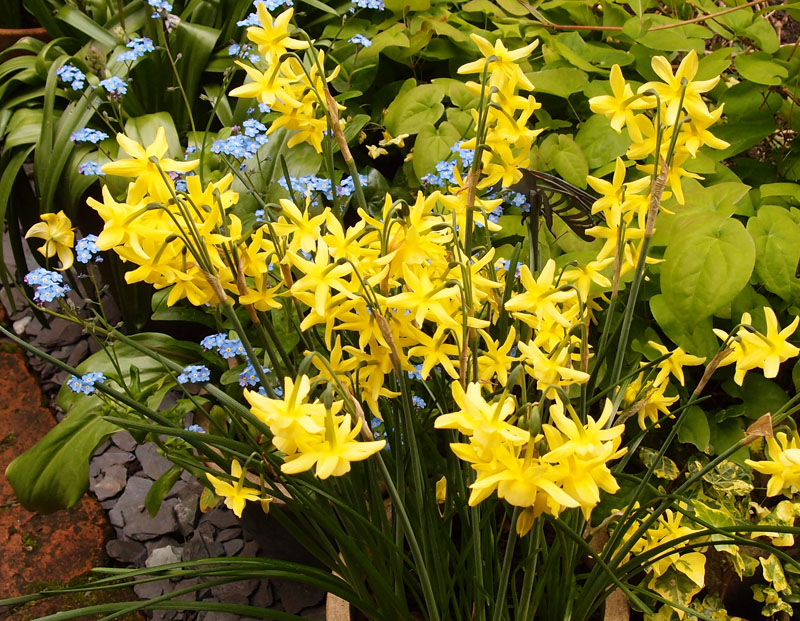 They’ve all needed watering frequently, these potted bulbs, as we haven’t seen much rain. We have had hailstones recently, which I know from my garden diaries has happened before in April. Thankfully the new soft leaves of the hostas weren’t damaged this time.

In the last couple of years more space has been made for things we can eat, and after a fairly gentle winter and mild spring (apart from the hailstones) there have been small harvestings already from the kale: 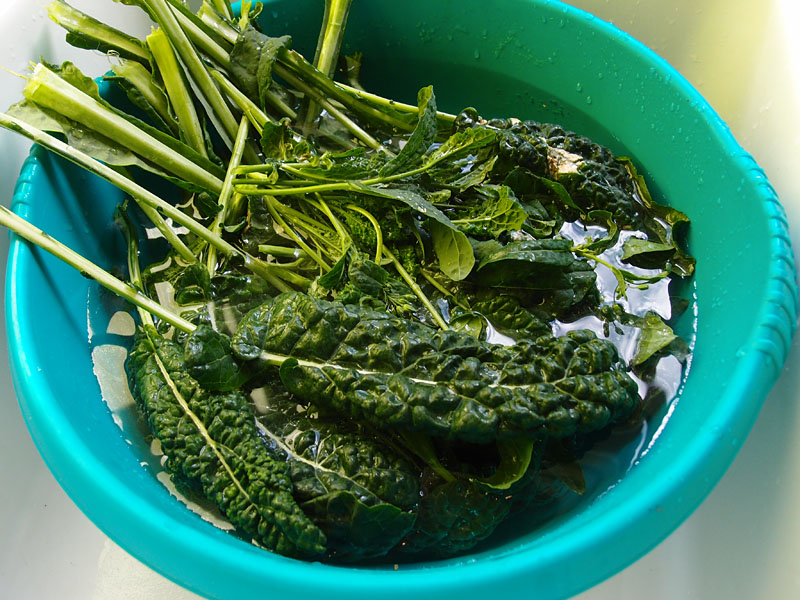 And also from the chard, starting back in late March: 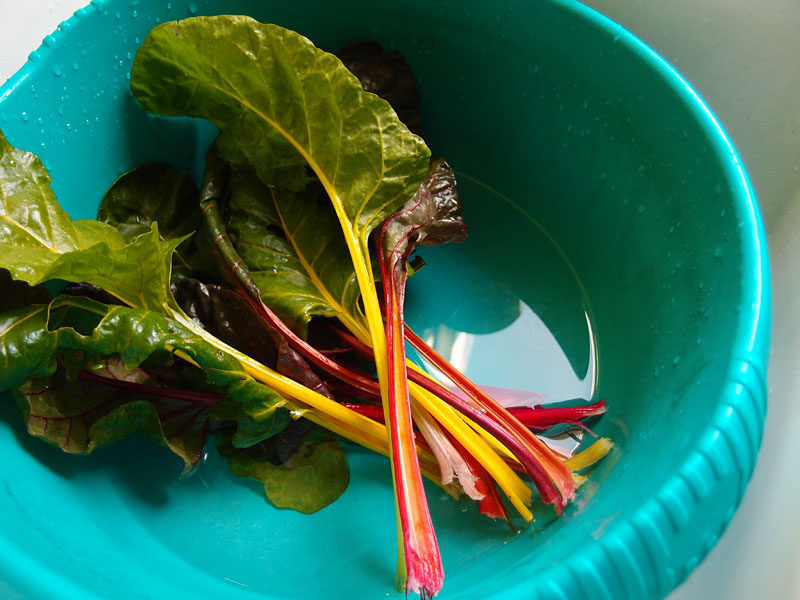 Chard ‘Bright Lights’, which I’ve been growing for about four years now, and finding more space for it as it’s so handsome in the garden as well as nice to eat, and a healthy and nutritious thing to be eating.

I’m about to be without a decent internet connection for a time, which will be strange. But perhaps a good thing. Can explore that print thing I mentioned, without the distraction of the increasingly busy/noisy always-on online world.