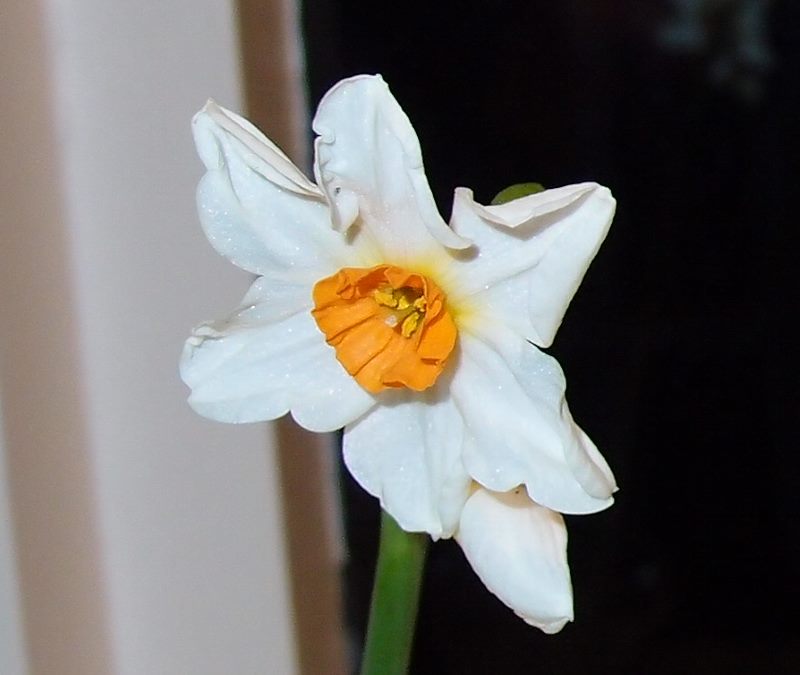 Yes, I do have a photo of a daffodil flowering in January. Cut from the garden on 31 December 2015, and pictured here in bloom in its vase. Narcissus ‘Cragford’ I think.

I’ve known roses to be in bloom in early January, if the winter has been mild, as they flower on the end of the growth made over the year. But daffodils in late December/early January is something I don’t recall seeing before in all the years of gardening here.

There are a few flowers on the Akebia quinata too (photo of that plant on the old website pages on this link).

Really not sure about this. Climate change?

The rest of the garden looks reassuringly brown/green and rather small and pinched and dull and resting, as it usually does at this time of the year. Here’s a photo taken from one of the kitchen windows. 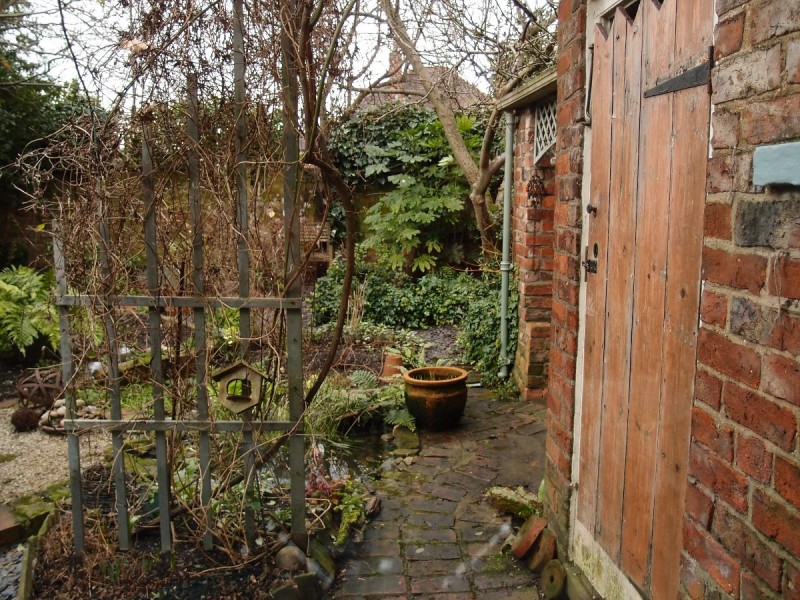 I have been out to tidy up a bit, but not much. Did a few hours one afternoon on a mild day, and the next day had that aching thing reminding me of muscles I forgot I had and probably haven’t used much since last time I was out in the garden reaching and pruning and wobbling about on a plank in the middle of a flowerbed.