Beltane today, and looking back on April 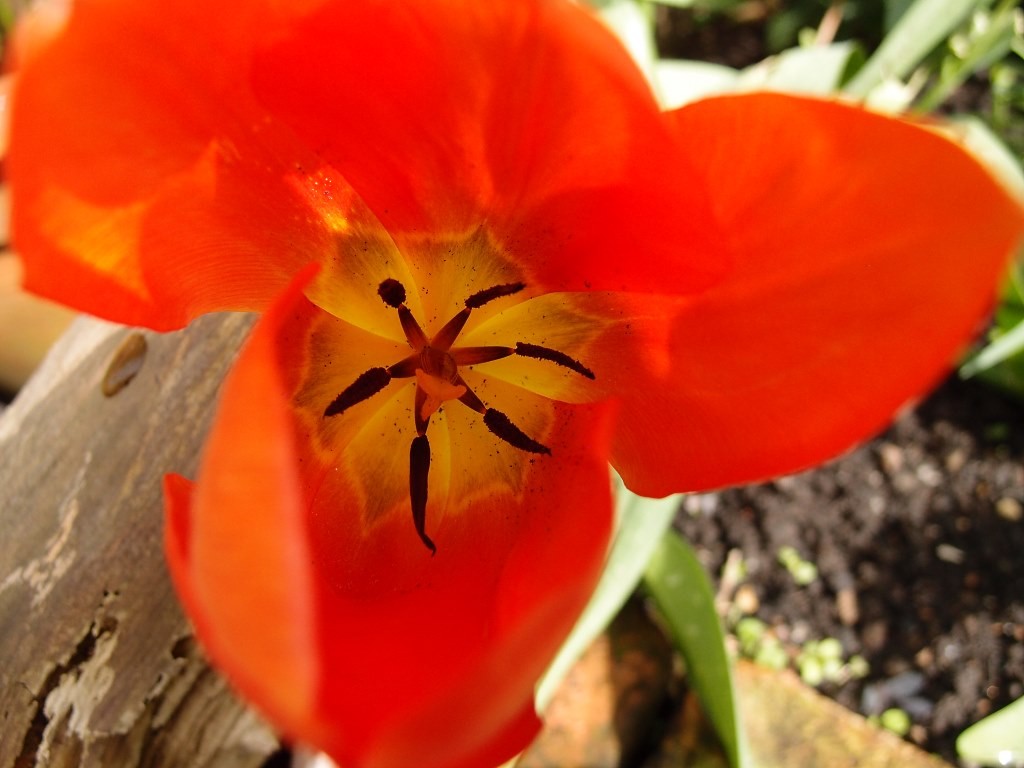 Hurrah, tulip time again. I love all the spring bulbs, but tulips in particular. I’d been a bit concerned that a lack of investment in new bulbs for the last couple of years may mean that the display would be a bit pathetic this spring. But nothing pathetic about the small selection that has flowered in recent weeks.

Labels have been lost so I’m not always sure what’s what, but a packet of yellow ones were planted by the garden wall last autumn, and these are apparently ‘Yellow Emperor’. That’s what the packet said anyway. 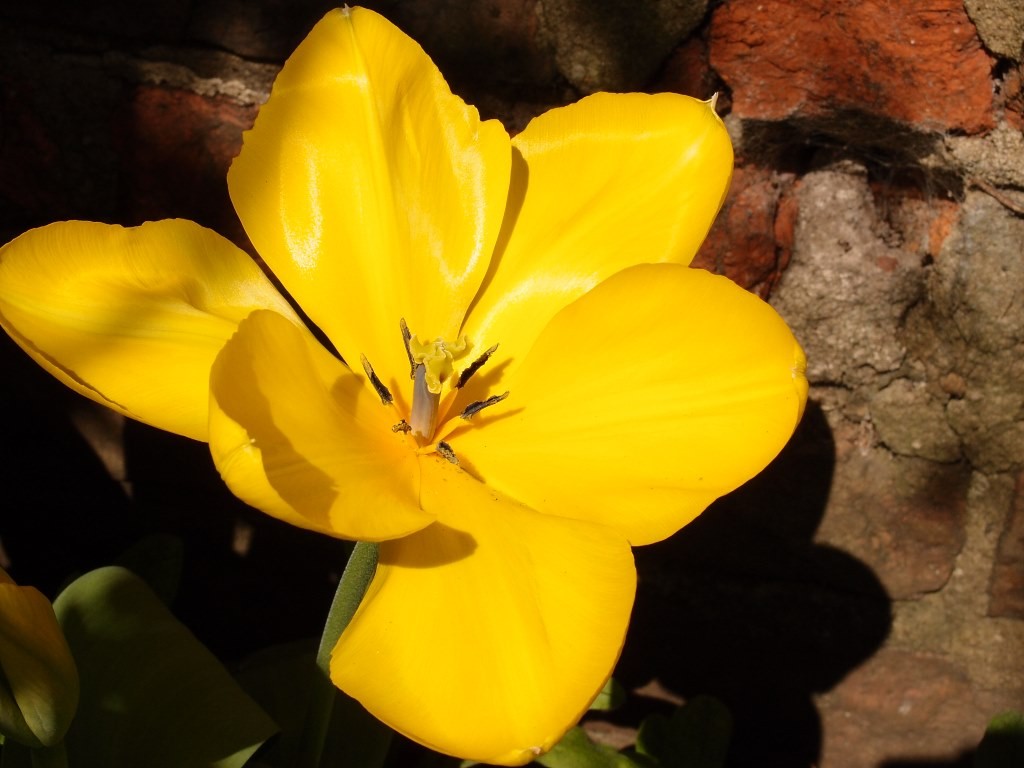 They’re planted on ‘Rosie’s rest’, and interspersed with forget-me-nots, in a quiet corner near the garden wall. Perhaps I’ll write more about Rosie and her rest another time.

This April has had a few beautiful sunny days, the days when garden planting and tidying took place, and I was able to take photos of tulips opening wide to the sun. But in its usual changeable way it has also delivered really cold blasts of wind from the north, and wintry showers, including hailstones. I know, from keeping a diary of the garden in earlier years, that hailstones in April isn’t unknown, but this April we seem to have seen more hailstorms than usual. I took some photos of the enormous hailstones in the garden but can’t find them at present to add to this page, but then that doesn’t matter, I think we all know what hailstones look like.

The other thing I must mention is that many of the brighter and warmer days in April were enhanced by, and enjoyed by, two furry friends who have been with me since autumn, brought home from the RSPCA. 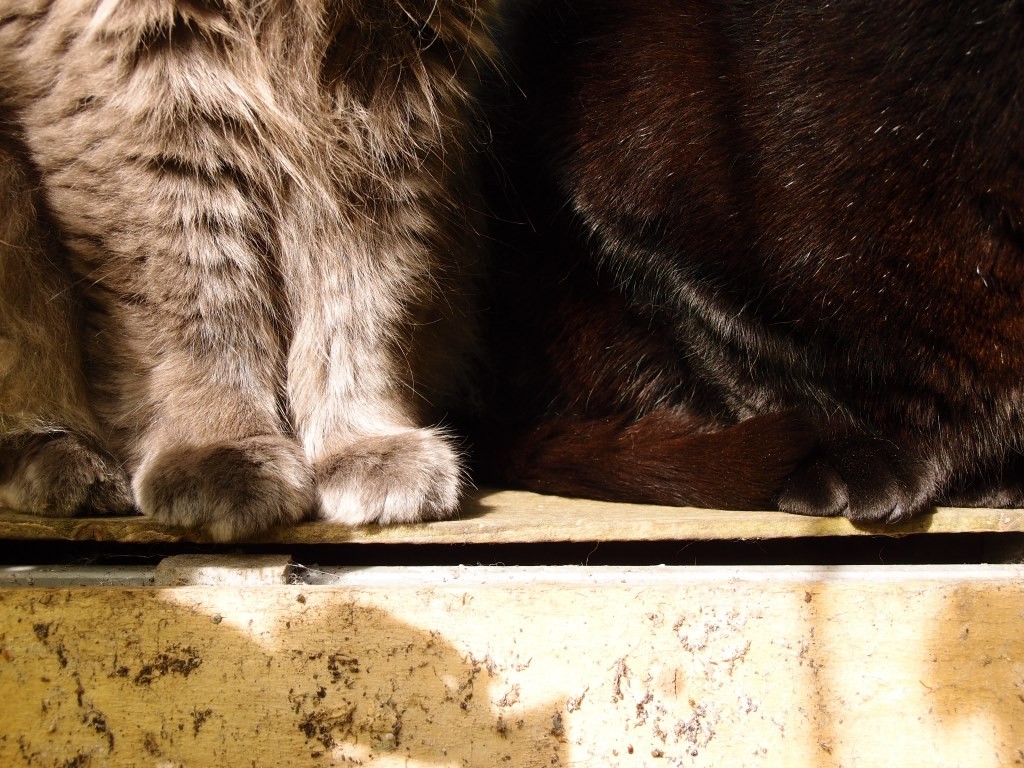 They like to sit on the lid of the compost bin and soak up the sun. 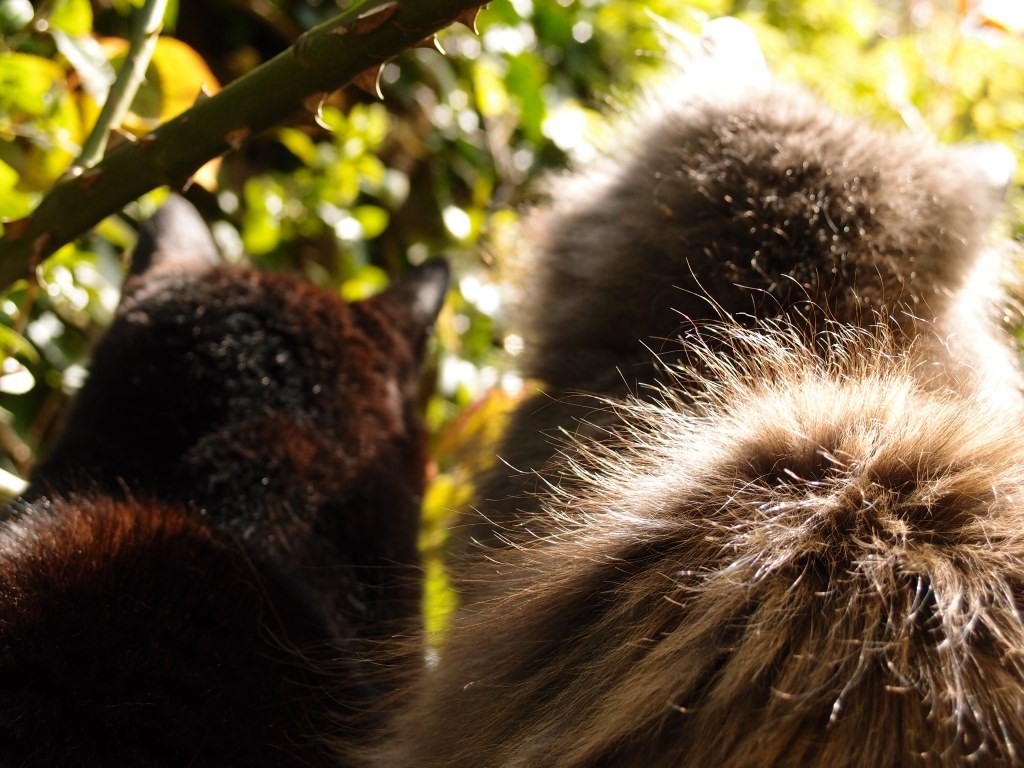 It’s May Day today — Beltane — and tulips are still in flower, with everything else greening up. Here’s a photo taken from the kitchen window this afternoon. 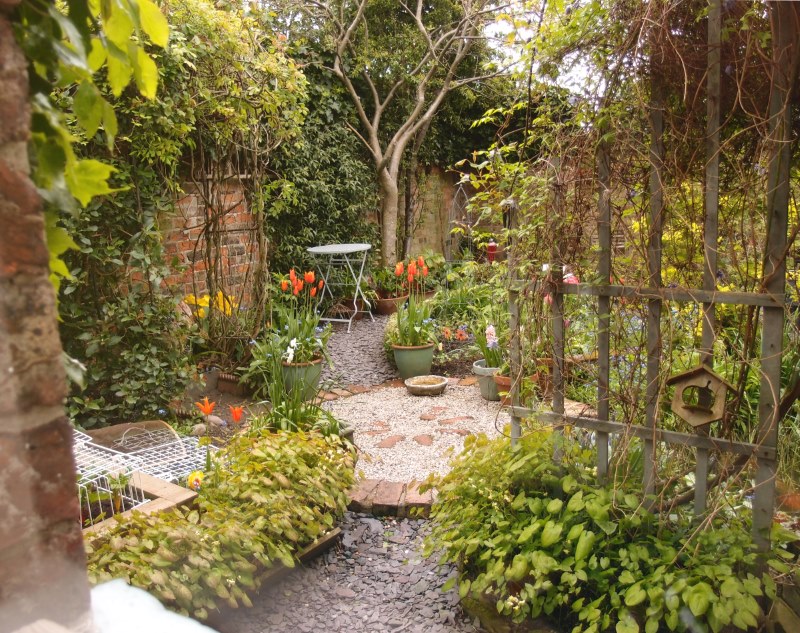 Garden view from the kitchen window, 1 May 2016